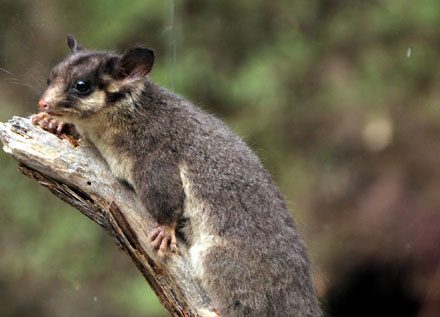 Logging of Victoria’s native ash forests would be banned under an unprecedented legal challenge. Source: The Weekly Times

Green group Friends of Leadbeater’s Possum has called on Environment Minister Lily D’Ambrosio to “prohibit any activity damaging to critical habitat of the Leadbeater’s possum, including timber harvesting operations, immediately”.

Group president Steve Meacher called on Ms D’Ambrosio to declare an Interim Conservation Order across more than 170,000 hectares of ash forest in the state’s central highlands.

“It’s a mechanism within the Flora and Fauna Act that has never been used before, but we’ve never had a state faunal emblem on the edge of extinction before,” Mr Meacher said.

“Instead of watching and waiting for this animal to become extinct we’re calling on the minister to intervene.”

A letter to the minister from the group’s lawyer Danya Jacobs said “an Interim Conservation Order is intended to provide the last line of legal protection for threatened species”.

A Government spokesman said Ms D’Ambrosio was considering the letter.

VicForests spokesman David Walsh said the order “would lead to significant difficulties in delivering timber to current contracts and put at risk thousands of jobs across the Victorian timber industry”.

A review of Special Protection Zones established to protect possum habitat is expected from the Victorian Department of Environment, Land, Water and Planning this week.

Meanwhile, the Victorian Shooters, Fishers and Farmers Party plans to call a parliamentary inquiry into VicForests.

Eastern Victoria MP Jeff Bourman said it was “time the operations were laid out for all to see, so the people of Heyfield and workers at ASH at least know the truth”.

“Under the previous government there was enough timber for a 20-year contract and now we don’t have enough for a one-year contract (at Heyfield),” Mr Bourman said.  “I’m confident the Greens and Coalition will support it (an inquiry).”

But Nationals leader Peter Walsh said he did not know of the inquiry.

“I’m not sure an inquiry into VicForests management at Heyfield is the place where people need to be looking.”

Mr Walsh said an inquiry looking at the state’s management of threatened species made more sense.

“These species are more prevalent than people might think,” he said.