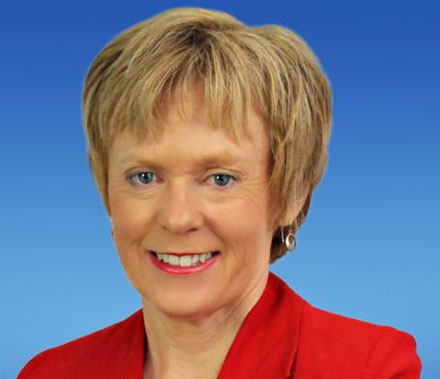 Logging at the Lapoinya regrowth coupe has now been completed, and I have been advised it has been a very successful harvest according to Joan Rylah state Liberal member for Braddon. Source: The Mercury

This is an article written by Ms Rylah, who said that outstanding outcomes were achieved in terms of the quantity of high-quality timber and the overall volume of logs from this regenerated native forest coupe.

The economic and social benefits generated from logging are of enormous importance to regional communities.

The industry supports jobs and families, and provides people with a future in the place they love and care deeply about.

The next stage of the forest management plan has begun and will see the regeneration of the area, as has been done so in the past.

Highly technical, scientifically evaluated and complex reafforestation methods will be implemented, including soil disturbance, leaf and Forestry Tasmania continues to manage the area in a careful way to limit risks to surrounding areas and wildlife.

The fire method in the Lapoinya coupe has been modified to a slow hand-burn.

This coupe provides clear evidence of the skill and expertise of Tasmanian foresters who create such high-quality regrowth forest.

The industry and scientists have said all along that you can sensibly log forests and regrow to develop aesthetic values within a few decades.

It is disappointing that the environmental movement tried to use the logging of this small regrowth area as a trigger to ignite another forestry war.

The reasoning for protesting against the logging of this coupe was green hypocrisy at its best.

Under the ruinous forest peace deal set in place by the Labor-Green government, the Lapoinya coupe was not nominated for protection and was set aside for logging.

On this logic, this means it was fine for the coupe to be harvested under a Labor-Green government, but not under a Liberal government.

This is a demonstration of the green movement stirring up trouble for the sake of it.

The Friends of Lapoinya Action Group has continually misrepresented the facts surrounding the coupe, and claimed they were denied an ear to listen to their concerns.

They shamelessly paraded their false messages through the media, and were obviously more concerned with cheap media attention rather than genuine dialogue with relevant authorities.

Under former resources minister Paul Harriss, substantial safeguards were put in place to ensure the coupe would be harvested and managed in a sensible way.

To address community concerns, the size of the harvest area was halved and buffer zones were incorporated into the area.

Tasmanians want to see a sustainable forest industry in the state, and the people of Tasmania voted with their feet for a majority Hodgman Liberal Government to restore the forestry industry.

The Government acknowledges the importance of the right to peaceful protest in a democratic society, however the actions of some in the group went too far, compromising protester and worker safety.

The Government makes no apologies for protecting the rights of everyday workers in the forestry industry who want to earn a lawful living.

I am confident the High Court challenge on the laws will solidify the fact that the Liberal Government’s anti-protest laws do not prevent anyone from expressing their views by means of protest, which is our democratic right.

I hope the testing of this case reinforces that when a protester deliberatively obstructs the operation of legitimate, legal workplace that a heavy penalty follows.

I congratulate Forestry Tasmania workers and contractors on their restraint and professionalism in the face of these disruptive protests that consumed vital resources during a hazardous summer period.

Ensuring the safety of workers and protesters has been the highest priority for Forestry Tasmania and Tasmania Police, and it is extremely disappointing that a few protesters put themselves and others at risk of harm.