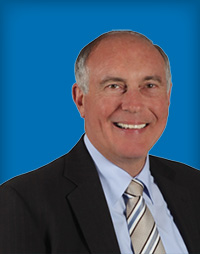 Hyne Timber has welcomed the opportunity to showcase one of its flagship operations to the Deputy Prime Minister, Warren Truss and Federal Minister for Agriculture, the Honourable Barnaby Joyce. Source: The Fraser Coast Chronicle

Hosted by Director Chris Hyne, CEO Jon Kleinschmidt and Manufacturing Manager Chris Skeels- Piggins, the tour of the Tuan Mill near Maryborough in the Wide Bay Region demonstrated the scale of operation while discussion regarding industry sustainability ensued.

The Tuan Mill is one of Australia’s largest sawmilling plants, processing over 750,000m of plantation softwood each year.

This remains well below the volumes processed in some European countries where the available, managed forest resource is significantly larger. Competitively priced imports continue to remain a threat to Australian timber manufactures.

“I was very proud to showcase the Tuan Mill to the Deputy Prime Minister and the Minister for Agriculture and I thank them for their time and effort in discussing a number of matters which I, and the industry generally are very passionate about,” he said.

“Regional employment, timber as a construction material of choice, Australian timber manufacture and competitiveness on a world scale are all interlinked as part of a complex matrix. The significance of all elements of this matrix need to be considered as a collective, not individually if we are to truly ensure a sustainable future.

“The forest plantations need to be valued and expanded in order to remain competitive. The value to the broader economy is significant and the best future would be forest expansion in the areas in which the industry is already based – such as here in the Wide Bay Region.

“The Tuan forest is the most strategically significant forest resource north of Sydney. Strategic expansion would further support regional development with the associated increased employment opportunities.

“There is no timber waste at the mill with all product going somewhere. For example, the bark ends up in potting mix, the chips produced from the sawing process are sold as fibre for the manufacturing of medium-density fibreboard and the sawdust is used as the fuel source in our own kilns to provide energy to dry the timber.

“This supply of economically viable bi-product timber from the mill to other companies is a complex matrix in itself, dependant on competitive availability.”

Deputy Prime Minister Warren Truss said the scale of the mill and its operations was impressive.

“The mill makes a significant contribution to the regional economy providing jobs for locals. As the timber mill is one of Australia’s largest, it’s great to be able to welcome the Minister for Agriculture, Barnaby Joyce to see the operation,” he said.

“The scale and value of the timber industry is huge, directly employing over 13,000 people in Queensland alone and much of that employment is in regional areas.

“There are many timber product companies in the region with their own stories to tell but some of the facts and figures provided by Hyne Timber alone are impressive.

“For example, their annual contribution to the Queensland trucking and freight industry is over $12 million.”