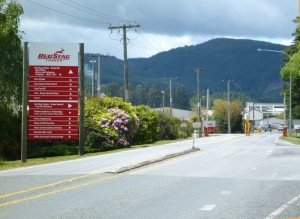 The 10 part series, to be broadcast on Sky Sport starting in April, travels the length and breadth of New Zealand’s remote wilderness in search of quarry previously deemed too hard to film, risking life and limb to get the perfect shot.

“With the jaw dropping natural beauty of our amazing back country The Red Stag Timber Hunters Club captures the true essence of hunting,” he said.

The series is filmed and produced by Dave Shaw, former lead camera operator and head of post-production on The ITM Fishing Show.

“With many hunters on the Red Stag staff, the company was really keen to lift the lid on this healthy Kiwi lifestyle outdoor sport. We’ll use the Red Stag Timber Hunters Club to promote our quality message to viewers, a large proportion of whom are expected to be builders and trade merchants.”

Red Stag Timber has signed a multi-year deal to be the naming rights sponsor describing the initiative as a perfect fit for their brand and the centrepiece of a major marketing push for the company.

Mr Shaw said the show was not about the “kill”, so much as the adventure, the camaraderie, the dedication and passion that drive a true hunter.

“Our series is about fit and intelligent blokes challenging themselves in extreme environments, executing the hunt as best they can, enjoying each others company in the great outdoors and in the process, earning the respect of the audience.

“We’re rapt to have such an iconic New Zealand business supporting us,” Mr Shaw said.