Hines develops tallest timber in US 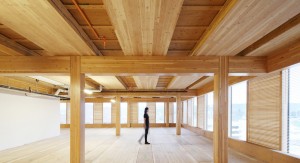 Developer Hines has broken ground in Minneapolis’ North Loop on its all-timber office building, the first commercial property in the US to use an engineered wood material for its interior and structure. Source: Star Tribune

The Houston-based real estate company announced the start of construction on the 220,000-square-foot, seven-story office building being called T3 for its emphasis on timber, transit and technology.

Michael Green is among the world’s foremost experts in heavy timber construction and an advocate for timber as a sustainable building material.

While old-growth timber ­– the kind needed to support the weight of a tall building – is unavailable for construction today, an engineering process that presses smaller pieces of wood together can re-create the load capacity of heavy timber.

Following the initial announcement the Wall Street Journal showcased the project, saying it will be the tallest modern all-timber structure in the US.

Hines said that it expects the building to open in early 2016.