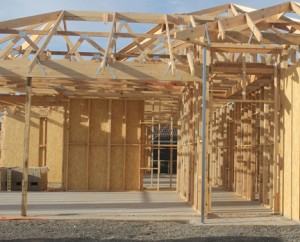 Construction companies are beefing up security measures, including hiding GPS trackers in loads of timber, in a bid to track down “unscrupulous builders and tradies”. Source: The Daily Telegraph

Police in Adelaide’s south have revealed they are investigating claims rogue builders are paying thieves to steal specific household appliances from building sites.

Insp Gordon said some of the larger construction companies were putting GPS electronic tracking devices in loads of timber that had been delivered to building sites.

“We haven’t had any success with that because it has only just started, but inevitably someone will steal something and we will track them,” he said.

“We also have heard anecdotally they are stealing to order.” Items stolen include toilets, sinks, ovens, hot water systems and airconditioners.

Insp Gordon said the thefts total would run into the tens of thousands of dollars.

“In one instance two entry doors about 4m tall for a two-storey house were stolen, they were worth $3000.”

He said the nature of what was being stolen indicated most thefts were carried out by two people.

A spokeswoman for a southern building company, who did not want to be named, said despite security measures put in place thieves were still targeting them.

“They even take random silly things like the base of a towel rail holder and left the actual holder, it was like they were looking for specific items,” she said.

“We have put in lighting and security cameras and we are looking to put in guard dogs, we don’t know what else to do.”