Government may buy time for Leadbeaters 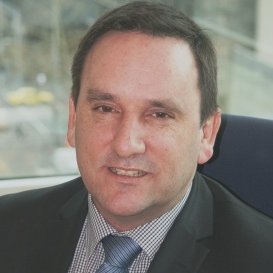 In a highly sensitive move, the Victorian Government is considering a plan that could buy the logging industry out of a forest to save the state’s faunal emblem, the Leadbeater’s possum. Source: ABC News

The Leadbeater’s possum is one of the most critically endangered animals in Australia and its habitat in the tall mountain ash forests of the state’s central highlands is in decline due to logging and fires.

A long awaited industry taskforce has now been set up to consider whether logging and the Leadbeater’s Possum can both continue in these forests.

Professor David Lindenmayer from the Australian National University (ANU) said the timber industry must stop logging the central highlands mountain ash forest if the possum is to have a chance of surviving.

“Lots of places are being logged that shouldn’t, the big old trees aren’t being protected, this leaves animals like Leadbeater’s very little chance of surviving the next 20 to 30 years,” he said.

Dave Blair, a senior research officer with ANU, said recommendations handed down by the Leadbeater’s Possum advisory group last year are not adequately protecting the possum.

“The science we have been working on for decades now was largely sidelined with a lot of the recommendations either being extremely watered down versions of it or proposing things that we know already aren’t going to work,” he said.

Scientists from the ANU and conservationists are pushing for a Great Forest National Park, which would provide a much larger ecological reserve for the possum.

The state owned logging corporation, VicForests, said that would mean the end of the timber industry in the central highlands.

VicForests general manager of planning Nathan Trushell, said: “It’s not a surprise to anyone, if the Great Forest National Park was implemented in its current form that would result in the end of most of the Victorian hardwood timber industry.”

The Victorian Government is under intense pressure to do more to save the possum. In the last month, Federal Environment Minister Greg Hunt has twice called on it to take action.

“We listed the Leadbeater’s Possum as critically endangered and it’s up to them now to be absolutely clear what their plans are because I understand that logging has recently commenced in new areas and I think it’s time for the Labor Government in Victoria to be upfront about their plans,” he said.

Mr Hunt has also invited the Victorian Government to apply for funding that could pave the way for it to buy the timber industry out of the central highlands mountain ash forest.

If the submission was approved it would allow the State Government to bid for millions of dollars a year from the Emissions Reduction Fund to not log in Leadbeater’s Possum forests.

It is a highly sensitive issue for the State Government because of its potential to upset one of its key union supporters, the Construction, Forestry, Mining and Energy Union (CFMEU), which represents timber workers.

Mr Trushell said even if millions of dollars of Emissions Reduction Fund money were available, it would not be easy or simple to move the timber industry out of the central highlands.

“Look, I think these are the types of issues that would be worked through the industry taskforce,” he said.

“We’re talking about a substantial industry. The reality is the solutions aren’t easy. The alternatives aren’t easy.

“Ultimately if you were to close down the timber industry in eastern Victoria, you would need to substitute from somewhere else.”

Mr Trushell said it would also have a significant impact on some regional communities.

“It’s an important industry regionally. It contributes to significant socio-economic benefits. You need to look at the whole picture,” he said.

The Victorian Government declined to be interviewed. But in a statement a spokesperson said the terms of reference for the taskforce are currently being formalised.