Goodbye Mr Colbeck and thank you 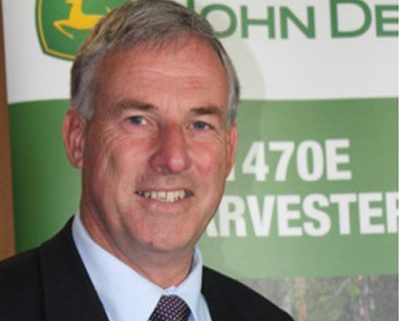 Richard Colbeck … ” The thing that stands out to me the most from my time in the Parliament is the wonderful people in our communities who are passionate about their causes and make representations from their own perspective. It is this interaction and engagement with people that I have enjoyed the most.”

It has been said many times recently that politics is governed by the hard and fast rules of mathematics – either you have the numbers or you don’t. Source: Timberbiz

Richard Colbeck did not have the numbers and so has left behind a part of his life which he now writes about with a genuine respect:

As has been demonstrated by the completion of the Tasmanian Senate count today, I unfortunately don’t have the numbers to continue the great privilege of representing Tasmania in the Senate.

I entered the Senate in 2002 as only the 475th Australian to have done so. I am enormously proud to have represented the Tasmanian people and the Liberal Party in the Australian Parliament over the last 14 and a half years – it has been an honour and a privilege.

It says a lot about our country that you can come from a dairy farm with a vocational education as a tradesman to become a representative in the Parliament and serve at the level I have served, as a Minister in the Federal Government.

The thing that stands out to me the most from my time in the Parliament is the wonderful people in our communities who are passionate about their causes and make representations from their own perspective. It is this interaction and engagement with people that I have enjoyed the most.

While the work of a Senator differs from that of a Member of the House of Representatives, for much of my tenure I have been the only Federal Liberal representative on the North-West Coast of Tasmania. This has given me a slightly different perspective on the role and one that I have thoroughly enjoyed, in very a special part of Tasmania.

I am particularly proud of the work I have been able to do on behalf of Australia’s primary industries. Whether it has been investigating policy through Senate Committees or through Ministerial or Shadow Ministerial roles, working with Australia’s farmers, fishers and foresters has been a wonderful experience. Our primary industries are full of extraordinary people working at the leading edge of global practice.

The opportunity to develop and implement quality science-based policy for the fisheries and forestry industries that reinforced Australia’s reputation as a global leader in this space gave me immense satisfaction.

I also highly valued the opportunity to work with our South Pacific neighbours on the development and implementation of quality fisheries management systems which would underpin the sustainability of the Pacific fisheries that are so enormously important to many regional and island economies.

Another highlight was in 2005 as Parliamentary Secretary for Agriculture, alongside the then Minister Peter McGauran, welcoming tractors from the North-West Coast of Tasmania to Canberra and presenting the Government response to the Fair Dinkum Food Campaign (even if I did get hauled over the coals for missing a division). It was one of those moments in time that started change in the way we look at where our food comes from.

One of the most important pieces of work I undertook was the Senate Select Inquiry into Australia’s food processing sector. The Inquiry provided excellent insights into the supply chains for the agricultural and food industries and the policy directions that would facilitate growth in an immensely competitive global market.

I thank Party Leaders who entrusted me with portfolio responsibility in the areas of agriculture, fisheries, forestry, finance, health, industry, tourism, international education and trade and investment portfolios both in government and opposition. It has been a special privilege to be part of Ministries and Shadow Ministries for all but my first three years in Parliament.

A particularly highlight was the opportunity to serve as Minister for Tourism and International Education and Minister Assisting the Minister for Trade and Investment in the last Turnbull Ministry.

It was very satisfying to represent our great country at trade forums around the world and help create opportunities for Australian business and industry to attract investment and grow their market opportunities, therefore generating the chance for a better return.

I am especially proud of the National Strategy for International Education which I launched in April. The Strategy sets the path for the international education sector that already contributes approximately $20 billion to the Australian economy and can contribute so much more here in Australia and in our region in particular.

To be Minister for Tourism at a time where Tasmania shone as the star of the Australian industry was a particular joy. It became clear that just being from Tasmania in that role aided in the promotion of the state.

I make particular thanks to my wonderful, faithful, skilful and dedicated staff who have worked diligently alongside me. It has often been stated that your staff make the difference and it is true, we would achieve little without them and they quite rightly share in our successes.

I also pay tribute to those who contribute to the smooth running of Parliament, whether it be in the chamber, committees, catering, cleaning or Comcar drivers, they all provide wonderful service to our elected Members.

Thank you also to the many industry groups and representatives that I have had the pleasure to work with over the years. There are many friendships born out of our interactions.

It is important to thank the Liberal Party, without whose franchise I would never have had the opportunity to be in this role. Also thanks to my many colleagues with whom it has been such a pleasure to work with.

The Senate in particular throws us all together through the committee system which generates friendships among sometimes “strange bedfellows”. I have enjoyed the sparring, negotiations, agreement, consensus, fellowship and of course the differences that our system of government generates.

I congratulate returning Senators on their re-election, new Senators on their election for the first time and wish them all well with their future deliberations which are so important for our country. Many think of entering Parliament, many aspire to it, many attempt it, but only a very lucky few succeed.

I would also like to thank the Tasmanian voting public for the significant vote of confidence they displayed in my representation with such a significant below the line vote at the recent poll – it is very humbling.

In particular I thank those who believed in me enough to mount a campaign to support my re-election – it is truly humbling to have that sort of public support. It is often not easy to air your political views so publicly and I thank them very much.

Of course I also recognise my family who I love dearly and who have ridden the waves and troughs of my political career, perhaps feeling them even more deeply than I have. Gaylene, Carmen, Rhys and Dane have stood by me, blossomed and thrived and built cherished families through all, despite the sometimes unwelcome scrutiny and effects on their own lives.

I am proud to have had the opportunity to serve in the Federal Parliament and I trust I have made a worthy contribution.