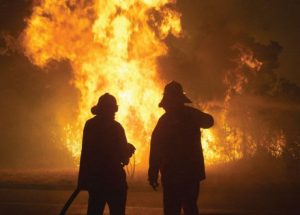 An inquiry into the summer’s bushfire begun three months ago by the House of Representatives Standing Committee on the Environment and Energy has been wound up. The decision follows the Government’s announcement of a National Royal Commission into the “black summer” bushfires. Source: Timberbiz

Committee chairman Ted O’Brien said that the Royal Commission would be a major national exercise, and its key areas of inquiry would include the core matter currently before the Standing Committee including vegetation and land management and its impact on the intensity and frequency of bushfires.

“The committee has therefore decided to wind up our inquiry, in order to make way for the Royal Commission. This will avoid any confusion and prevent duplication of resources and demand,” Mr O’Brien said.

Mr O’Brien expressed the committee’s thanks to those who have contributed to its inquiry.

“The evidence the committee has published during the three months of its inquiry will be made available to the Royal Commission. We hope that it will be a useful contribution to the Commission’s consideration of the vegetation and land management issues relating to bushfires,” Mr O’Brien said.

“Going forward, the committee encourages bushfire-affected organisations, individuals and communities to engage with the Royal Commission.

“We wish the Commission every success with its important work.”

The committee’s inquiry was adopted in December 2019 on referral from the Minister for Natural Disaster and Emergency Management David Littleproud.

The committee will present a brief formal report to the House of Representatives, to conclude the inquiry.