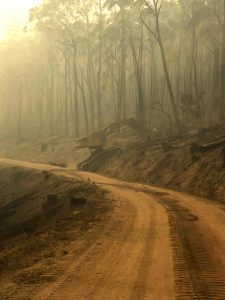 Defence has been assisting with the bushfire efforts since early September 2019 by providing wide-ranging support as part of the national response.

The Prime Minister Scott Morrison thanked all personnel who provided direct support in the field, at sea, in the air, and from Defence bases as part of Operation Bushfire Assist.

“I couldn’t be prouder of the way Defence has been assisting emergency services across the country in these challenging circumstances,” Mr Morrison said.

“The permanent and part-time Australian Defence Force members provided essential support to our emergency services across Australia. This remarkable hard work has made a significant difference to the immediate emergency response and the longer-term recovery which Defence will continue to support.”

At its peak, more than 6500 ADF members provided support as part of emergency relief, response and recovery operations. This included around 3000 Reserve forces.

Minister for Defence Linda Reynolds said it marked the largest mobilisation of the ADF for domestic disaster relief in Australia’s history.

“I am so proud of the service our permanent and part-time ADF members provided as part of this response,” Senator Reynolds said.

“I am also very grateful for the support provided by the many additional international defence force partners from Canada, Fiji, Indonesia, Japan, New Zealand, Papua New Guinea, Singapore, and the United States. Their support demonstrates the strength of our relationships.

“Finally, I acknowledge and thank the families and employers of our Reservists for their understanding and support that has made this response possible.”

During Operation Bushfire Assist, Defence contributed to the response and recovery efforts through the delivery of the following support

Defence will continue to provide support to non-emergency recovery operations.

The Government has committed $2 billion that the National Bushfire Recovery Agency is helping to deliver to ensure Australian families, businesses