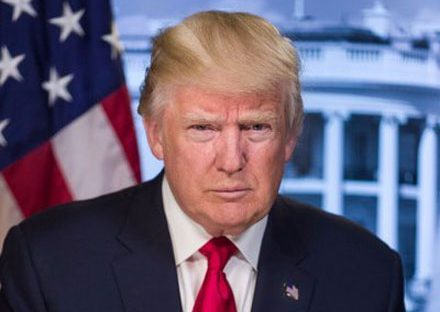 An effort to crowdfund a forest, founded by a trio from Christchurch, has hit an incredible target of 1 million trees pledged. Source: Newshub

Adrien Taylor, Jeff Willis and Dr Dan Price created ‘Trump Forest’ less than a year ago, after the US president, the movement was named after he signed an executive order rolling back clean energy initiatives set into action by his predecessor.

Shortly afterwards, Mr Trump announced the US was withdrawing from the Paris climate agreement to keep global warming down.

Within six months of its launch, the Kiwis had about 50,000 trees pledged. It skyrocketed as global media coverage ramped up and now, 11 months after its launch, Trump Forest has 1 million trees pledged from all over the world.

The project is simple – contributors donate through the Trump Forest website to The Eden Reforestation Project charity, which plants trees around the world, or plant their own trees through a local organisation.

Either way, the trees are mapped on the website and counted as part of the global Trump Forest.

“We are in a dire situation and people alive now present the only chance to steer us clear of unmanageable consequences,” Mr Willis said.

“Beyond planting trees, we all have a role to play in ensuring that facts are being communicated correctly. We need to call out misinformation from Trump, and indeed anyone else, when we hear it.”

The trio have all worked hard campaigning about climate change in the past.

Mr Taylor used to work for Newshub, formerly known as 3 News, as an environment reporter, while Dr Price is a climate scientist.

“Under Trump, the US has pushed itself further away from the international community’s collective efforts in finally taking meaningful action on the greatest health threat humanity faces,” Dr Price said.

“His attitude is dangerous and the time we are wasting will come at a cost. By delaying action, we are letting generations foot the bill tomorrow for the recklessness of people responsible today.”

Mr Taylor said they’d worked on documentaries in other countries and seen the suffering of those affected by climate change. Mr Trump’s lack of action has left the three Kiwis frustrated.

“To have people like Trump just absolutely refute extremely basic science is absolutely frustrating and we knew we had to do something,” he said.

“We’re just pleased to see we’re not the only people in the world who care about climate change, because sometimes it can feel like that.

“But clearly there are thousands of other people out there who wanted to offset Donald Trump’s climate ignorance, which is really pleasing.”

The 1 million trees have come from more than 3000 contributors from around the world, ranging from New Zealand to Moldova.

Despite the incredible feat, the trio aren’t calling it quits yet.

“We calculated that to offset the extra carbon that Trump’s policies are going to put into the atmosphere, we’re going to need to plant something in the order of 10 billion trees,” Mr Taylor said.

“But no-one would have thought we’d get to a million trees this quickly, so we’re sure that we can get close to that 10 billion tree mark if people continue to care about the planet and care about climate change in ways that Trump clearly doesn’t.”