CIFOR wades in on forest fires and climate change 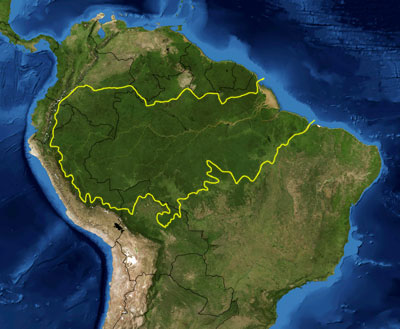 Robert Nasi director general of the Center for International Forestry Research (CIFOR) recently wrote an opinion piece on the damage from forest fires. He said a complex combination of a changing climate, policies and conversion of scrub and trees to agricultural land in the Amazon turned the world’s largest tract of tropical forest into a tinderbox. Source: Timberbiz

Mr Nasi said that the world’s attention turned briefly to the environmental crisis in the Amazon. This month there were four times the number of media stories about forests, fires and climate change than in January. The Brazilian fires have even made it onto the agenda of the Group of Seven industrialized nations’ meeting, with French President Emmanuel Macron pushing for a deal to provide technical and financial help.

And yet, as soon as the fires are under control, that attention will quickly move to the next political, economic or celebrity media hotspot. And once again, this critical resource to fight climate change and global poverty will be on the backburner.

However, the world doesn’t lack for forest crises. The inferno in the Amazon is just one of many forests on fire around the world this year. In fact, a similar number of fires are burning in Africa. In Indonesia, this year’s dry season is expected to be longer and drier than last year, extending the damage caused by fires already burning in the country’s peatlands. The world’s boreal forests have also burned at alarming rates in 2019.

While fires are part of a natural cycle, the scale of what we’re seeing in the Amazon and other tropical forest regions is not. Instead of focusing our attention on fires that have already started, we would be better off paying more attention to prevention.

Mr Nasi said that mismanagement and failure to prevent damage to such a critical resource puts the livelihoods of hundreds of millions of people at risk.

According to Mr Nasi forest cover has already declined by about 1.3 million square kilometers, an area three times the size of California, since 1990. This is the result of many factors, including fire, but also overharvesting of fuelwood, climate change, poor harvesting practices, pests and diseases and conversion of forests to agricultural land, especially for grazing, soy and palm oil cultivation. Much of the damage takes place in dry forests, such as the Cerrado in Brazil. These are among the most threatened forests in the tropics.

At the Center for International Forestry Research over the past quarter century, they have researched ways to make forests more resilient and know that reducing deforestation limits exposure of forest edges to agricultural land which helps prevent fires. Halting illegal logging and supporting sustainable forestry practices also play important roles.

Tackling climate change and investing in forest restoration are two essential solutions. Climate change threatens to change the very nature of the world’s tropical forests and it needs to be considered in forest management practices. Restoring degraded or deforested land often results in benefits worth many times the initial investment.

Ultimately, Mr Nasi said that we know how to avoid these kinds of catastrophic fires in tropical forests. We have many tools available to make forests more resilient and provide the kinds of benefits that improve well-being and make valuable contributions to tackling climate change. Prevention is the key.

Prevention means making forests an important part of decisions and discussions around climate change but also agriculture and economic development. Otherwise, we face more years of seesawing from crisis to crisis until there are no forests left to wring our hands about.