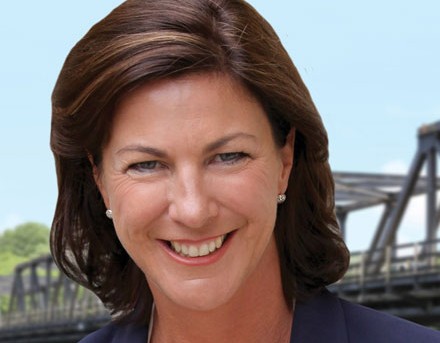 Mr Head said the 97-year-old independent company had no choice as it was effectively being locked-out from a guaranteed supply of desirable hardwood species under an agreement between Forestry Corporation and Boral.

The Macleay Valley workers finished up at the mill on Wednesday, and Mr Head said they would receive their full separation entitlements.

“It’s terrible. Some of these guys are very good and they liked living in the district, and we wanted to create careers for them,” Mr Head said.

The retrenchments bring to a head in the most public of ways a long running battle AST has waged about long standing contractual supply arrangements between Forestry and Boral.

He said he had no issues with Boral, only with a system that had created an unfair commercial playing field.

“Effectively Boral has been given a government created and administered monopolistic advantage with regard to species supplied by Forestry Corporation. This needs to be rectified forthwith to restore equitable competition,” Mr Head said.

He said AST and other independents could not get a reliable source to desirable species such as blackbutt, tallowwood, spotted gum and blue gum – and that the best logs, the best diameters, the best lengths, went to Boral which enjoyed a preferred status.

While accepting that the complex contractual nature of the relationship between Forestry and Boral had come about under previous state governments, Mr Head said it was up to the incumbent administration to address the situation.

“The Baird Government had been in charge for five years and now owns the situation. The predicted damage is now underway and also relates to other companies who are choosing to be less public in their stance for fear of retribution,” he said.

“The Baird Government must come out and engage this difficult situation which requires immediate correction or compensation.”

Mr Head said the “genie was now out of the bottle”, and he was pleased to hear local MP Melinda Pavey address the matter in the Press (see breakout panel).

“The MP today was being very forthright and about time, and I congratulate her for that,” Mr Head said.

He said the only way to build a strong, competitive hardwood industry lay in “unscrambling” the contractual supply arrangements of Forestry Corp – “there is no way out of this without eggs being broken”.

Member for Oxley, Melinda Pavey, said she was bitterly disappointed that one of Kempsey’s foundation businesses has been forced to reduce its workforce due to the inability of NSW Forestry Corporation to deliver minimum timber species certainty.

“This is a regretful injustice for all the affected staff at Australian Solar Timbers (AST), and its principals, the Head family,” Mrs Pavey said. “The business is a great and innovative local company; it has been operating continuously for 97 years in West Kempsey, supplying a suite of high quality products to both domestic and export markets; and I’m now struggling to come to terms with the series of historic policy failures that has led to this current dilemma.

“Douglas Head makes a strong and valid point that smaller regional timber millers and processors have been dealt a blow by Forestry Corporation’s recent actions.”

Mrs Pavey said she had been trying to find a way around the dilemmas.

“Since being elected in March last year, this matter has been one of the foremost issues my office has been working on,” she said.

“I’ve taken this to the Treasurer, the Finance Minister, the party room, and there have been multiple meetings with the Minister for Primary Industries.

“We must develop and deliver an adequate policy response quickly; I am sure there are things that can be done to address AST’s supply problem while also providing a higher return to the State for premium species supplied.

“I’ve no doubt we will work carefully through this issue; we must – the industry is completely legitimate, sustainable and of immense importance and value to regional communities and economies.”