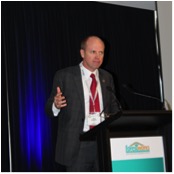 Australia’s forestry sector could be at risk if review thresholds for foreign investment are not returned to their previous levels, the sector warns. Source: The Weekly Times Now

AFPA is calling on the Federal Government to revert the Foreign Investment Review Board threshold for agriculture and forestry land, and agribusinesses, to $252 million.

The Government dropped the FIRB thresholds to $15 million, and $55 million for agribusiness, last year to increase scrutiny of foreign investment in agriculture.

AFPA chief executive officer Ross Hampton said the changes could deter more investment in Australian plantations, 75% of which are foreign-owned.

“We do understand the drivers for this and have some sympathy for the Government’s attempt to manage the public debate, but we just don’t want to see that get to the point where we’re losing what is actually a net positive,” he said.

Foreign investment, primarily by North American superannuation funds, has helped “reboot” the industry in the past decade.

Mr Hampton estimated 10,000 jobs were created in the past 18 months, mostly in rural and regional areas. He was unaware of any recent deals to be tested by the new thresholds, but said sales in the sector were generally “hundreds of millions per transaction”.

Most would easily be captured by the $15 million trigger, though the US and China are exempted under free-trade agreements.

Assistant Agriculture Minister Anne Ruston, who has responsibility for forestry, took AFPA’s point that “we need to be careful of the message we send” because Australia required foreign investment to meet growth projections.

But the public also needed to be confident there was scrutiny and transparency of that investment, she said. The difficulty for forestry, Senator Ruston said, was that it was a long-term investment that could take up to 40 years to make a return, and “Australians, by nature, don’t supply patient capital”.